The Top 5 Most Popular Destinations For Memorial Day Weekend 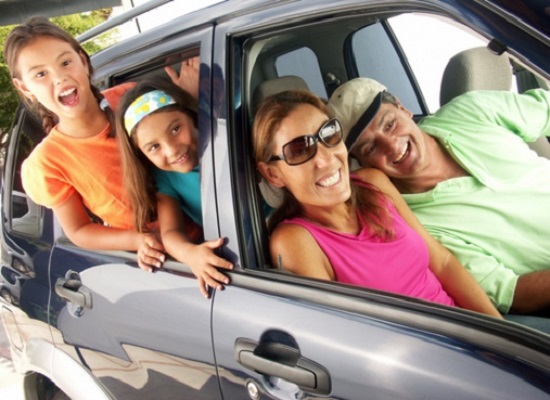 Every year, millions of Americans celebrate Memorial Day weekend as the official kickoff of summer. Hotdogs, hamburgers, potato salad, and, of course, travel — these traditions endure throughout the ages. Another thing that never changes? The most popular Memorial Day destinations. Year after year, Americans ring in the summer season in the same places that are, not surprisingly, the nation’s most accessible, beautiful and celebratory destinations, that boast awesome hotels to boot. The following five cities were the top 5 destinations the last 3 years. Read on to find out why they’re just so great for Memorial Day weekend — and where you can stay in each.

Where to Stay: It’s hard to find a deal in New York on a holiday weekend, so why not go all-out and stay at the city’s landmark hotel, The Plaza? Ladies and gentlemen, we’re talking gold-plated bathroom fixtures and Central Park views!

There are beach parties and then there are beach parties. Even the year-round party haven of Vegas (see Memorial Day pick #5) can’t quite compete with Miami’s  music extravaganzas, nightclub escapades, oceanside parties, and plenty of other ways to kick off the summer. That said, the city does put down the bottle to honor the nation’s veterans with its annual March of Colors and wreath-laying ceremony at the Miami Beach Police Headquarters.

Where to Stay: Designed for 20-somethings (and really, any-somethings) who can get their party on until the wee hours of the morning, the Catalina Hotel is a centrally located haven for Memorial Day carousers.

It’s no surprise that the nation’s capital is one of Americans’ favorite spots to celebrate this patriotic holiday. There’s the pomp and circumstance of the National Memorial Day Parade, memorials at Arlington National Cemetery, and military ceremonies to attend, in addition to all the other D.C. favorites, including dozens of museums and presidential memorials. And of course, there’s the annual (and free!) Memorial Day Concert, which will be held on Sunday, May 25 at 8 p.m.; gates open at 5 p.m..

Where to Stay: The historic Hay-Adams hotel neighbors the White House, the National Mall, and other D.C. landmarks. (It’s also where the Obamas stayed before the inauguration. And if it’s good enough for the president, well, you know the rest…)

In most of the U.S., swimsuit season is just ramping up but in the desert of Palm Springs, the sun is shining and it’s hot enough to have visitors peeling off even their lightest-weight duds. Picturesque desert landscapes abound, and Palm Springs guests can explore the scenery on hikes, mountain bike rides, and rock climbing at nearby Joshua Tree National Park, or go big on the Palm Springs Aerial Tramway. The town itself offers plenty of fun, too, from dining at acclaimed restaurants to drinking in the mid-century architecture.

Where to Stay: One of the sexiest hotels in America, according to Forbes, the Moroccan-styled Korakia Pensione is both striking and memorable. Active guests appreciate the free bike rentals and yoga.

For Memorial Day partiers who really, really like to party, Sin City delivers with typical (and legendary) Las Vegas awesomeness. Of course, there are the 24/7 poolside parties, the ever-flowing bubbly, and the neon lights of the Vegas Strip. Vegas always does right by its Memorial Day vacationers, throwing in topless pool lounging, sizzling concerts (this year: Bruno Mars, Guns N’ Roses, Shania Twain, and more), incredible shows (LOVE Cirque du Soleil, anyone?), and more entertainment than could possibly be packed into one weekend, even if it is three days long.

Where to Stay: For extravagance, convenience and celebration, guests can’t go wrong at the enormous and opulent Venetian Resort Hotel Casino, home to a world-class spa, one of the best party pools in Vegas, and actual canals. (Yes, for real.)